Tag Archives: His and Her Circumstances

His and Her Circumstances: anime review 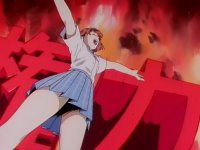 Title: His and Her Circumstances (Kare Kano)
Genre: romance, comedy, drama
Released date: October 2, 1998 – March 23, 1999
Episode: 26
Director: Hideaki Anno, Kazuya Tsurumaki
Animated by: Studio Gainax
Comment: The most distinguished feature of Kare Kano is its revolutionary, at least at the time of its release, visual technique. The surreal cartoon, chibi drawings and on-screen texts are constantly used to emphasize the feelings and thoughts and also to display the multiple layers of the characters simultaneously. Sometimes, the anime uses color and lines to focus on certain things such as filling one person with colors and leaving the surrounding people with no color or facial expression. The various surreal sound effects are also used. This technique makes the anime incredibly fun to watch even in the scene involving lengthy exploration of the characters’ minds which is usually quite boring. The anime also adopts another way to tell the story by making the characters talk to themselves or sometimes talk to the viewers directly as if they are writing a diary or chatting with the viewers. With this technique, the bonds are cleverly created between the characters and the viewers. END_OF_DOCUMENT_TOKEN_TO_BE_REPLACED

Tagged His and Her Circumstances, Kare Kano