The Wind is Rising…We Must Try to Live! – Review of The Wind Rises 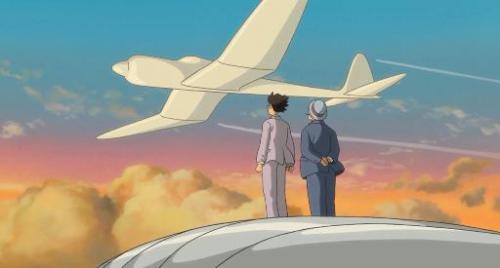 Allegedly Miyazaki’s last directorial feature, The Wind Rises was similar to his previous films in many ways. But at the same time, it was also the one that greatly deviated from his other works. This review contains spoilers.

Loosely based on the novel ‘The Wind Has Risen’ and Miyazaki’s own manga, The Wind Rises was a fictionalized biography of Jiro Horikoshi. The film focused both on his career as an airplane engineer whose work included the Zero fighters used during World War II and his ill-fated relationship with Nahoko Satomi. During the time span of the film, the viewers also experienced events occurring to common Japanese people aside from those in the battle fields. 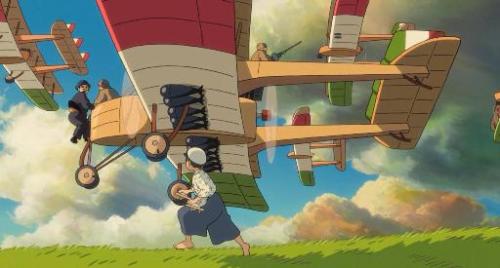 A good film often gave the viewers different perspectives and some great films may even change the way we look at the world. Like other Ghibli films, The Wind Rises showed us that everything was multifaceted.

The Zero fighters, used by the Empire of Japan, were naturally regarded as machines of war and probably one of the Empire’s most recognizable icons. Telling the story of the fighters’ engineer could draw controversy to the film (which it did, to a certain degree). This is where I like this movie. It infused the heartless symbol of cruelty with humanity and emotions. The film only made subtle reference to the politics. Most of the story was told from Jiro’s perspective not as a creator of war machines but as an ordinary man who spent his whole life chasing his dream. The Zero fighters were the product of his love, not his malice. 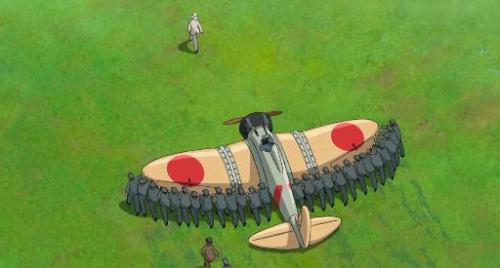 Jiro’s relationship with Nahoko was, similarly, far from being straight forward. There was no doubt that he loved Nahoko. But his actions might lead some to think that he loved his airplanes more. After their engagement, Jiro spent all of his time working on airplane design. The two were completely separated. Even when Nahoko’s illness (tuberculosis) deteriorated, Jiro could only pay her brief visit. During Nahoko’s final days, she decided to move into Jiro’s house which meant that she would not receive the treatment like when she was in the hospital. Even then, the only time Jiro could spend with her was late at night. There was no easy answer. Jiro might be selfish for being so obsessed with work and leaving Nahoko behind or keeping her away from the hospital. On the other hand, airplane design was literally his life at that time. It was the one thing that defined him, not his wife. Jiro and Nahoko made a choice. I doubt that it was the best one. I even suspected that Jiro regretted his choice when Nahoko died. But I believed that they would have made the same choice, given a second chance.

“In the end, everything falls apart”

For a film that looked so bright and beautiful, the ending of the Wind Rises was as dark as it could get. Compared to other films by Miyazaki, this movie was like waking up from a long sweet dream to face a harsh reality. Jiro’s planes were successfully built but they were used as war machines and the sky eventually swallowed them all. Nahoko left for the hospital and later died while Jiro was at work. Her final words were nothing but the sound of the blowing wind. Jiro’s dream was realized but ended in ruins, as did his marriage. All he could do was to live on.

The fantasy element, which was often found in Miyazaki’s works, was limited to the occasional dream sequences. In other words, the Wind Rises was unusually grounded in reality. And it concluded in a painfully realistic note. Not every story has a happy ending. Nevertheless, the ending might not be that important. In fact, the ending was only an illusion. Jiro’s life moved on, even after the movie credit rolled. What really mattered was the good times he had while creating airplanes and with the ones he loved.

Watching The Wind Rises, for me, was like watching all past Miyazaki films all over again. I saw bits and pieces of his other films everywhere. Naturally, the looks and feels of the film were familiar to me. It was also a common knowledge that aviation was one of Miyazaki’s passions and this film was no exception. As a Ghibli fan, I saw The Wind Rises as both stand alone feature and a sequel (or final?) to Miyazaki’s long journey through the world of animation. The passion in anime-making was still palpable in every scene. I especially love the scenes that depicted mundane activities, such as Jiro absent-mindedly lighting his cigarettes, or when he examine the fishbone on his plate. These trivial events might seem irrelevant and unnecessary but they actually made the animated characters and this animated world more real than any live-action film. 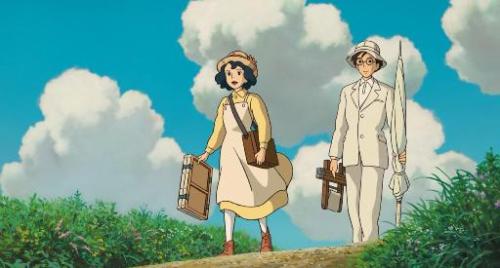 “Who has seen the wind? Neither I nor you: But when the leaves hang trembling, the wind is passing through.”

In the end, there is really no need for me to elaborate further about the Wind Rises’ directorial or technical achievement. Besides the distinguished qualities I spent most of this article discussing about, the Wind Rises was another great entry from Studio Ghibli. The film showed me that there were many aspects to everything. There were beautiful sides to the seemingly horrible things and there were also ugly side to the apparently perfect things. The Wind Rises might be less appealing to children and offered no magic in its literal form. But the film itself was the magic displayed on screen because it was about life and life was full of magical moments.

This entry was posted in Movies, OVA and others and tagged Hayao Miyazaki, Kaze Tachinu, Studio Ghibli, The Wind Rises. Bookmark the permalink.

6 responses to “The Wind is Rising…We Must Try to Live! – Review of The Wind Rises”