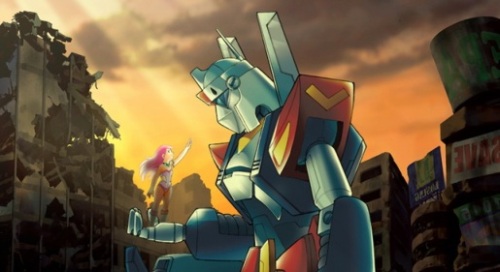 What’s with the excessively long name? All it does was to remind me that this is another remake (the fourth, to be exact) from this long running series of Doraemon movies. As the name implies, this is the remake of 1986 movies, Doraemon: Nobita and the Steel Troops. Be warned that you are about to read the most biased review from me because not only did the 1986 version was my favorite Doraemon movie but also one of my all-time favorite anime.

Nobita accidentally runs into giant robot’s parts in the North Pole. With Doraemon’s help, he complete assembling it and hides it in the world in the mirror. The robot is called Santa Clause. Later, a strange girl named Lilulu appears in town looking for her lost robot. The real adventure begins when Nobita and friends learn why Lilulu and a giant robot are sent to Earth. 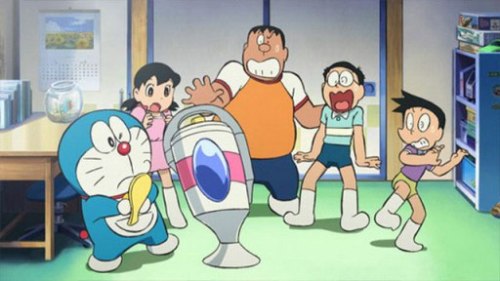 This movie is family sci-fi story in its most fundamental form. It contains several classic elements like time travel and parallel universe (the details of these topics had been extensively discussed in my old post published last year – link1, link 2). I am somewhat grateful that most of the essence of the original film, along with the majority of emotional moments, remains intact. But the problem arises from the fact that the original was already a perfect movie in its own way. 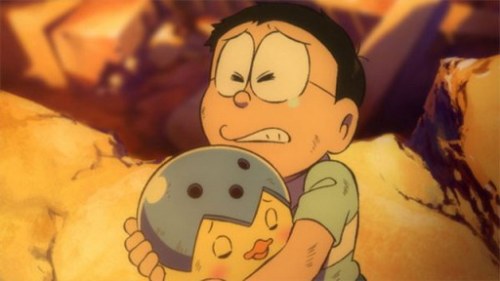 This remake half-heartedly tries to be different by altering a number of trivial things or adding more details to certain characters. Personification of Santa Clause is probably the most conspicuous addition into this movie. In the old movie, Santa Clause was largely a machine controlled by either Lilulu or Nobita. Lilulu took central role and she was the sole representative of the conscience of the invading robot army. She was the focus of all the drama and the connection between robots and human. In the new movie, this role is divided between Santa Clause (in the form of cute little yellow monster) and Lilulu. The addition proves to be redundant with two characters playing the exact same role. Consequently, the number of emotional scenes is doubled and they are too forced. The overly cuddly Santa Clause did not work too well with me either, though I suspect that this wasn’t the case for young audience. 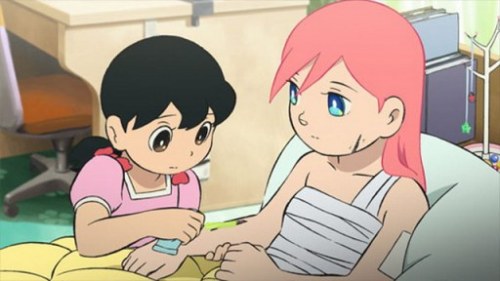 With that said, Doraemon: Nobita and the New Steel Troops is still a satisfying entry into Doraemon franchise. Young children who have never seen old Doraemon movies have the opportunity to witness the brilliance of classic Doraemon stories through these remakes. And I have to admit that the animation is fantastic to look at. I felt good watching it because it brought back lots of good memories. I felt good because the original made me feel good. This movie is good because it is smart enough to be faithful to the original. In the end, the credits still go to the 1986 movie. I told you this is a very biased review.