Review: I absolutely love the three episodes R.O.D ova because of its non-stop action sequences and its characters especially Yomiko Readman. When I started watching R.O.D the TV, I wondered where Yomiko was. Where did she go? What had she done? The anime was playing, toying with me. It took its time wandering around and giving me lots of questions. It was a puzzle and it wasn’t until very late into the series that things started to fall into places. It was not what I had expected but I had a really great time.

Similar to its predecessor, ROD never tries to be complex or thoughtful. It doesn’t try to achieve any grand ideal or discuss deep and serious matters. The anime is ultimately about good guys (who manipulates paper) trying to stop bad guys from destroying the world with crazy methods. The best thing about ROD lies in its actions since you know that you won’t get to see people battling with paper weapons and shields in any other anime. Masterfully choreographed, the action sequences in this anime are fast and witty and further enhanced by great animation. It was super awesome.

But the good action scenes cannot make a good anime. These scenes need effective drama in between and solid characters to deliver them. Thankfully, ROD successfully achieves both features. ROD is a good example of action anime that doesn’t forget the importance of drama. Three new paper masters (Michelle, Maggie and Anita) and the more familiar face, Sumiregawa Nenene, are introduced as the leading characters. The three paper masters are hired as Nenene’s guides and bodyguards during her stay in Hong Kong and, due to unexpected turn of events, follow Nenene back to Tokyo, staying with her in her apartment. The anime clearly pays a great deal of dedication in establishing these characters in depth. So many episodes are spent on exploring the three sisters past and their lives living with Nenene who initially is not very friendly but later learns the virtue of having a family. 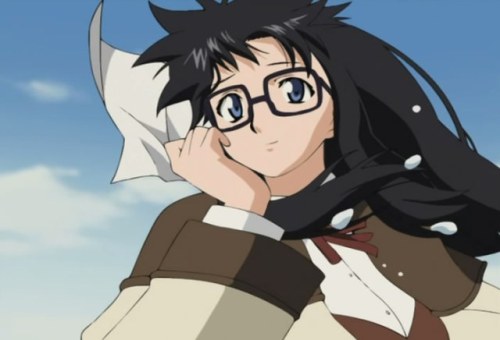 Despite the universal main plot, ROD cleverly tells the story in a very interesting way. Instead of picking the events right after ROD the ova, this series starts 5 years after. Leaving Yomiko Readman out during the first half of the series is also nice tactic. I admit that I missed her a lot and when Nenene showed Yomiko’s photo to the sisters telling them that Yomiko had been missing, I knew that I have to see this to the end.

The finale is the only part of this series that I am reluctant to give my approval. It’s not that ROD has never been extraordinary, but having Pterodactyls and the tripod aliens spring out of nowhere is just beyond acceptable. Maybe I haven’t prepared myself enough for such extreme fantasy. Thus, I feel that the ending doesn’t fit well with the rest of the show. But that doesn’t mean that the finale is totally bad. Its premise is, honestly, quite brilliant. The conversation between Yomiko and Joker-san sums everything up really well; the British Library is nothing but a lost child after Mr. Gentleman passes away, they try to bring him back and try to change the world so that they won’t have to face the hard reality of life.

Conclusion: action-packed, heartwarming and incredibly imaginative, ROD the TV is a solid entertainment that everyone can easily enjoy.

This entry was posted in Series and tagged R.O.D, Read or Die. Bookmark the permalink.