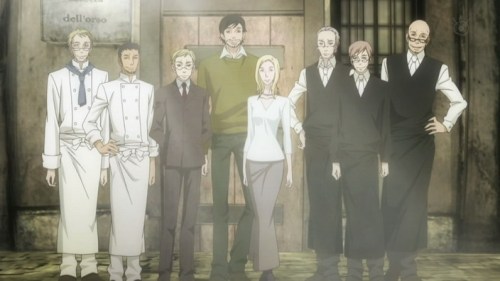 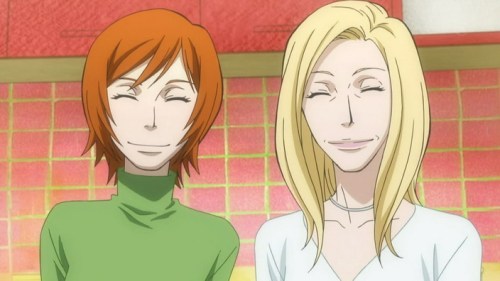 Review: Ristorante Paradiso surely looks different because almost all its characters are adults but the best part is that these people don’t just look like adults, they act like one, with incredible grace and maturity. This show gives good examples on how to deal with problems wisely and peacefully.

The series may be told through a teenage girl’s view, Nicolleta, but don’t let that fact deceive you. Ristorante Paradiso almost exclusively deals with matters of adults. The show begins with Nicolleta arriving at Rome for the first time. Her main objective is to look for her mother who has left her with her grandmother since she was little. Initially, Nicolleta wants her mother to pay for what she has done but the events takes unexpected turn and Nicolleta ends up working in the restaurant own by her mother’s new boyfriend. The restaurant is popular for its delicious food and for the staffs who are all attractive middle aged men with, fake or real, spectacles. 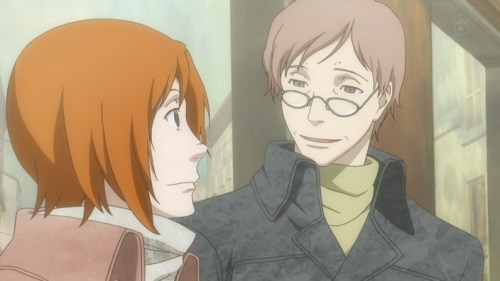 By genre, Ristorante Paradiso is a drama through and through with mild flavor of romance on Nicolleta’s side. The story is arguably episodic for in each episode, different character is focused and explored and simultaneously, Nicolleta’s story which is the main plot continues to developed, albeit at very slow pacing. As a result of the limited episode number, most of the character explorations for the staffs of the restaurant are done in retrospective pattern, there’s just not enough time for progressive development. Since she is too young to have any history, Nicoletta’s character is the only one that moves forward. Nevertheless, by the time the show concludes, the viewer will have already known every staff member of the restaurant. It is a pity that the anime ends a little too soon, just after we start to know and love all these characters.

Everyone has a problem or two but the anime is unusually uneventful; problems are solved so easily and smoothly just by talking quietly. For example, Claudio and his ex-wife, Gabriella treats each other unbelievably well with warmth and passion, like old friends. When Nicoletta learns of Claudio’s difficult feeling towards his ex-wife, she openly tells Gabriella and everything is solved without any arguments. Another similar situation is when Lorenzo learns that Olga has been hiding Nicoletta’s true identity from him but he is not mad because he understands Olga’s feeling. At first, things seem a little dull but after thinking carefully, watching this anime is quite uplifting. These people are kind, understanding and, most importantly, forgiving. Their lives are far from perfect but how they behave is simply ideal. Unlike other anime, Ristorante Paradiso never tries to excite the viewers by making things go wrong or creating unfortunate events for the characters. Instead, the show relies on optimistic view of life and makes the viewers feel good that everything turns out well. 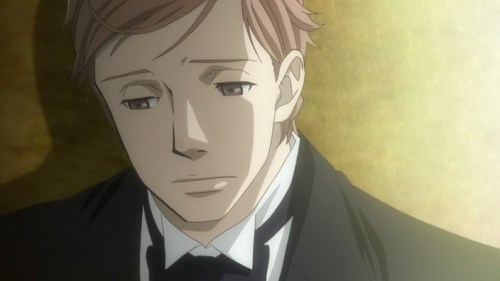 Rome is beautifully portrayed in this anime. Great deal of attention is put into lights and shadows resulting in almost magical atmosphere of Rome at night. The use of CG graphic is obvious but not interrupting. Though never catchy, the music significantly adds unique flavor into the show but never interrupts the show’s peaceful feeling.

Watching this anime is like going on a vacation to Rome and taking a break from the commotion of shonen anime, the noisy high school life and from matters of teenagers. The maturity, tranquility and the silence are exceptionally refreshing. Ristorante Paradiso is the kind of anime that is so easy to be overlooked for its mild manners and stillness. It may not be an absolute must see for everyone and the spectacles fetish could be awkward to some but once you really look into it, the treasure hidden inside is unmistakable.
Rating: B+

This entry was posted in Series and tagged Ristorante Paradiso. Bookmark the permalink.