A personal post: this is Canne, blogging about anime from the burning city! 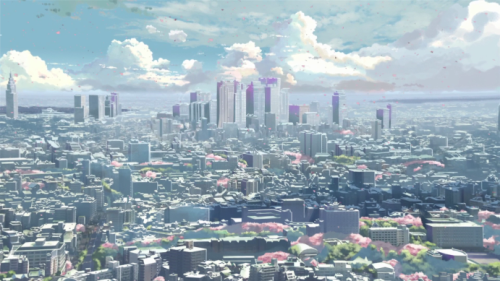 I think everyone needs to write something personal once in a while especially when real life hits you hard. This is such a time for me. But first, no, I am not announcing my retirement from blogging or something like that. I just want to let what has been weighting in my heart out. Have you read the world news lately? If you did then you must have already known that my city is burning.

Hahaha, it wasn’t that bad. I live in Thailand and for the last few month, the capital city has been under siege by great number of protesters pouring in from rural provinces. I won’t go into any details about the political conflicts because, like every political conflict, one cannot clearly tell lies from facts. Instead, I’ll tell you what I saw, what I felt, what I experienced.

For the last month or so, the situation got more and more intense but nothing extremely violent happened until yesterday. I was driving home and I noticed that the traffic jam was unusually bad. The supermarket and shops along my way home were all closed. Suddenly I spotted black smoke rising from a distant up ahead. I was really worried. I later learned that some people had set fire around the city hall and the mayor’s house. That night I watched the news and realized that the events had turned for the worst. 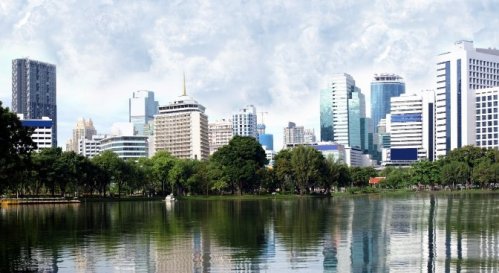 The leaders of the protesters officially discontinued the political movements and turned themselves in. But some of the protesters broke out in rage and started setting fire on several landmark buildings and  governmental and financial offices. Do you remember my old post about my trip to the 3D cinema? In March, I was there at the heart of the city, at the center of the business area. I walk through that shopping complex which was one of the biggest in Asia with my heart filled with wonder. Last night I saw that giant building consumed by flame along with the nearby cinema. For some crazy reason, I was devastated.

I felt like the stability, security and the peace I had been counting on, taking them for granted were extremely fragile. They can vanish over night. Though the story of civil war and terrorism is nothing new in my anime/movie watching experience, this is probably the first time that I actually feel ‘terror’ creeping up inside, taking over me. It is real and it is here just beyond my doorstep.

This might be quite boring to you and I must apologize if you have been reading this post and have just found out that it has nothing to do with anime. This will be the only time I bring this dark matter into my blog. I promise. Plus, this whole political turmoil sounds so third-world-ish. And for the few of you who may be worried about my safety, don’t be. I am doing fine and still blogging about anime…mostly :)

This entry was posted in Articles, Talks and tagged life, personal. Bookmark the permalink.

39 responses to “A personal post: this is Canne, blogging about anime from the burning city!”